Studies and evaluations of individual and collective freedoms and the associated autonomy.

The freedom to develop your own ideas, to make your own choices and to speak out without constraints, as well as the autonomy to act, are fundamental concepts in the principle of Adaptation.

These concepts are however experienced according to each citizen’s perception, under his/her own conditions on the one hand, and on how objectively they can be seen on the other hand. We are working more specifically on perceptions: the objective criteria depend on many factors that ultimately make them partially subjective.

This research is fully in line with objectives 5 (Gender Equality), 10 (Reduced Inequality) and 4 (Quality Education) of the 17 sustainable development goals of UNESCO.

Work 1: The Paths to Freedom – Perceptions of autonomy and freedom in countries considered to be partly or strongly liberticide.

Since 2010, the social geographer and explorer Mélusine Mallender has been conducting work to assess the perceptions of freedom felt by people in countries considered to be partly or strongly liberticide.  This work, initially set up by field observations, was put together in 2014 under the “Paths to Freedom” axis.

The premise is based on the notion that the reality of freedoms commonly recognized by the Charter of Human Rights is very different according to country and education. Rather than assessing the index of freedom according to relative criteria, the work of Mélusine Mallender starts from the principle that it is one’s own perception of freedom that provides the capacity and/or the will to act.

Her methodology uses a commonly accepted symbol of freedom, a motorcycle, driven by a woman, along with questionnaires, adapted according to the countries and people filmed (or not).

The renderings are intended for all audiences thanks to a series of films and books (to be released in 2020). She is also in the process of carrying out evaluative mapping of perceived freedoms. 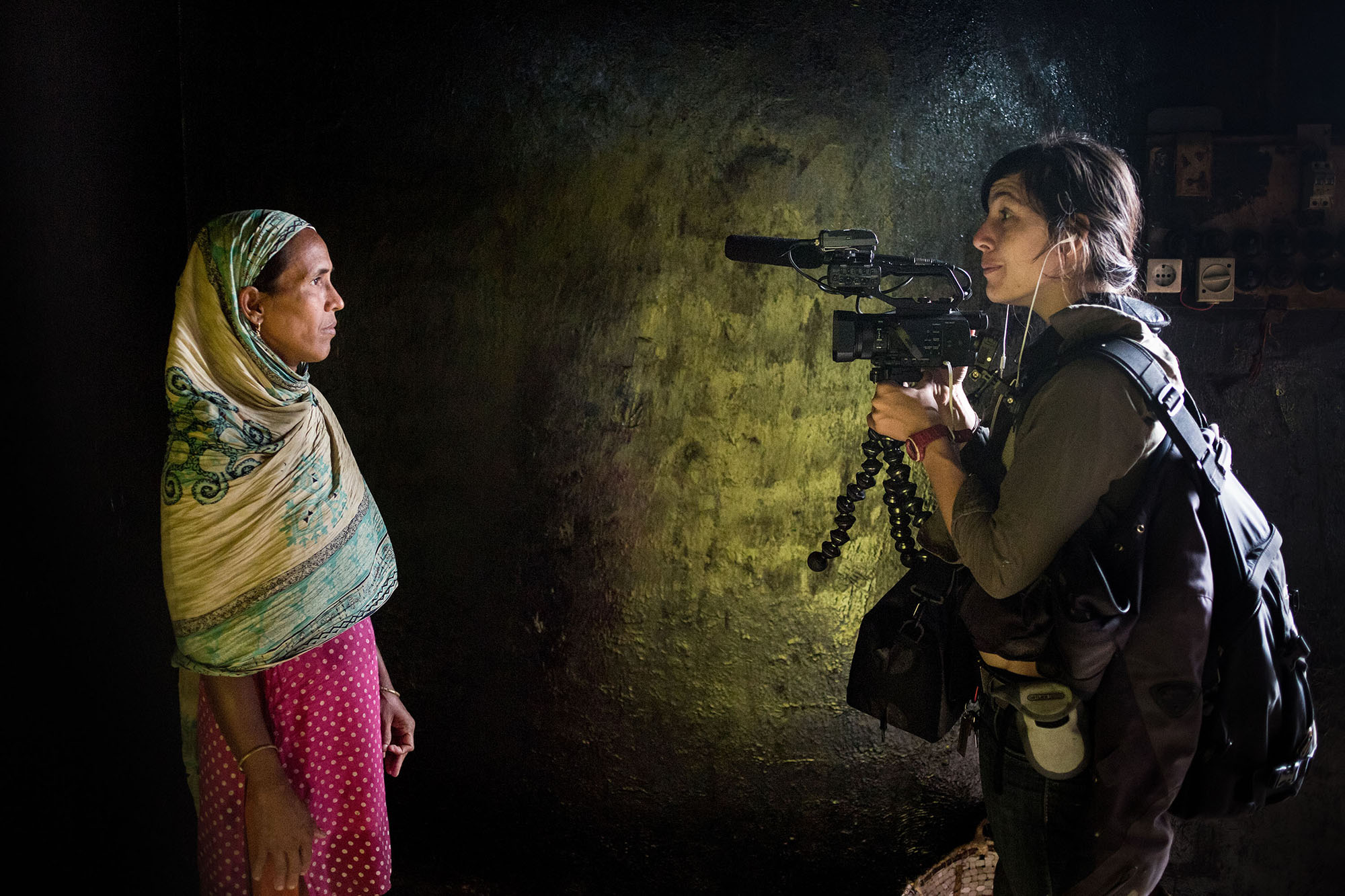 Work 2: Freedom and autonomy of women

If exceptions exist, the thermometer of liberties is often that of the freedom and autonomy of women, the primary victims of restrictions in almost all countries or cultures throughout history and still today.

Mélusine has put into place a methodology that evaluates the freedom index on three levels of interaction: legal (equality or difference of rights between men and women), customary, and perceived. The methodology is currently being finalized.